Home/Blog/Can my dog catch my cold? 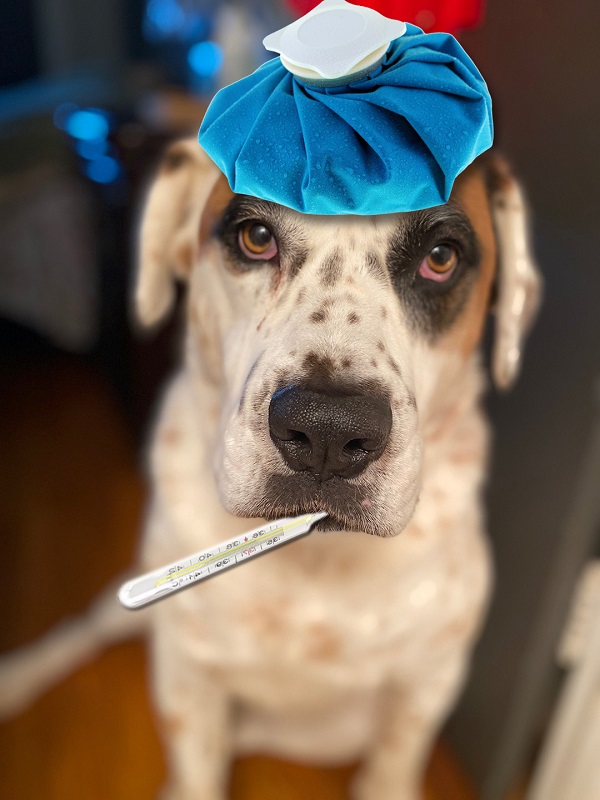 Have you ever asked yourself, “Can my dog catch my cold?” when you find yourself with a runny nose? Dogs and humans are pretty similar in a lot of ways. Unfortunately, that means that our dogs can be sick too.

Much like us humans, they can feel pretty cruddy and are great at letting us know that something just isn’t right.

Can My Dog Catch My Cold?

The question that I hear commonly (especially during winter) is: Do I have to avoid my dog? Can my dog catch my cold? Below you will find the truth and how to help keep your pet healthy and cold free.

I am going to dispel some of the common misconceptions about dogs illnesses and how they can affect their human owners. While there are some things that you can catch from your dog, a cold is not one of them. Let’s take a look at these more specifically.

Over the years, I have heard so many rumors about dogs and whether they can catch a cold or flu virus I have. Time and time again, I hear people saying that dogs can catch anything a human can catch. I’ve also heard people say that dogs can only catch specific illnesses from humans.

I am happy to report that dogs and humans cannot give each other a cold or flu virus. Even though the symptoms may be similar, it is not the same virus and thus your dog will not catch the bug you are fighting off currently.

That’s a relief right? I know it is for me. I am happy to hear that when I’m feeling kind of cruddy I can still get all of the extra puppy snuggles in to help me feel better. I won’t have to worry about my dog getting sick, but can enjoy the healing benefits of their company.

What Can Dogs Catch?

If dogs can’t catch our colds or flus from us, then what is left for them to catch?

Well, the answer is simple. They still can get tons of illnesses specific to dogs, and things that are the same as what we would have. The difference is that they aren’t the human variety.

Human illnesses and canine illnesses are eerily similar. However, the strains of the viruses are completely different. This makes it impossible to spread between humans and dogs. While you may have the flu in the winter, you won’t be able to give that same strand of flu to your dog.

They can also catch many illnesses specific only to dogs. Things like mange, pyoderma, or various worms are common. Allergies, arthritis, skin conditions, and more can happen just like they would to a human, but in a slightly different manner.

How Does My Dog Get Sick?

This is a great question. I mean, our dogs are only around our families and they can’t catch our illnesses right? So how do dogs get sick?

It sadly doesn’t take much for our dogs to get sick. Canine illnesses are very contagious between dogs so they spread fast. Just like human illnesses they are spread by droplets in the air and exchange of saliva.

Something as simple as you (or another family member) petting a sick dog and bringing the germs home on your hands or clothes can get your dog sick. If you take your dog to the dog park and they drink out of the water bowl after a sick dog or pick up a toy that a sick dog played with they are easily exposed. Another way for your dog to catch something is if they get nose to nose with a sick dog during a walk. 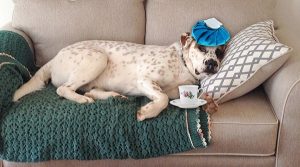 What To Do If Your Dog Is Sick

If you suspect your dog has a cold or flu, keep them away from other dogs. Typically colds and flus will resolve themselves over time. Allow your dog plenty of time to rest and lots of water and snuggles just like you would a human family member.

Just like humans dogs exhibit symptoms while they are sick. Oddly enough, they can seem very similar to our own symptoms. If your dog is sick you can see any (or all) of the following symptoms:

Similar to humans these colds and flus tend to resolve themselves over time however, once in a while there comes a time that your dog may need to be seen by their veterinarian. As pets are a part of our families, we need to take care of them just like we would ourselves.

When To Go To The Vet

If your dog seems to be showing signs of a cold, you may want to just let it run its course. However, if the symptoms persist and also present with any of the following symptoms they should be seen by their veterinarian:

If these symptoms persist for more than 24 hours, it’s time to take your dog to the vet to make sure there isn’t something else going on. Most vets will tell you to change diet, but in some cases, an antibiotic or further testing is needed.

How To Keep Your Dog Healthy

If you (or any family member) has been around a dog that had a runny nose or cough wash your hands and change your clothes before you greet your own dog.

If you are unsure about the health of another dog it is best to treat it as if that dog was sick.

Do your best to limit contact with other dogs if there is any chance one of them could be sick.

When going out to the dog park or play dates, make sure to keep things separate. You should bring a water bowl for only your dog to use when you are out of the house. Keep your dogs toys separate from other animals. And, another tip is to give your pet a bath after they have been outside around other animals or animal droppings. Wash off the yucky things before they ingest them! 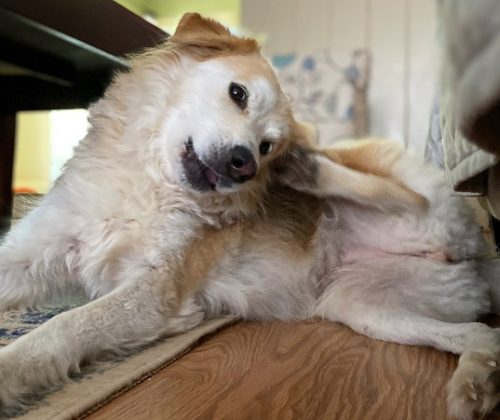 What are fleas and how do dogs get them? 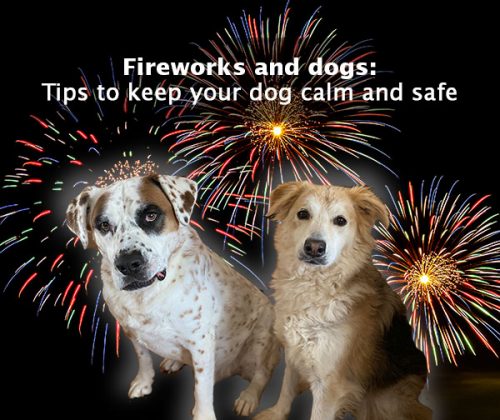 Fireworks and dogs: Tips to keep your dog calm and safe

Tips for caring for your dog in the summer heat